Before we head right into 1972, we need to give you some bigger context, so you get the chance to grasp the story’s true meaning. Most people will not be aware that the 1972 Summer Games in Munich have their roots in a disastrous past.

The 1972 games were intended to create a “phoenix from the ashes” moment, a reinvention of a better, more joyful Germany, maybe even creating a door for healing.

We will not dwell too much on this but just let the pictures speak for themselves; building on this, we will then be happy to reveal why this is so important for creating the 1972 games’ look and feel.

All of this made creating the visual narrative of the 1972 games a special challenge.


Otl Aicher: The man behind the 1972 games’ aesthetics

Otto “Otl” Aicher was born in Ulm in 1922 and was to become one of Germany’s leading graphic designers and typographers.

In his youth, he was a close friend with Werner Scholl, whose family was known for their involvement in the White Rose (the Anti-Nazi resistance group). Two of Werner’s siblings, Sophie and Hans Scholl, were executed in Munich in 1943 for being members of it.

Aicher himself refused to join the Hitler Youth and was arrested in 1937 (age 15), later forced to join the German army during the Second World War.

In 1945 he deserted the army and the Scholls let him hide at their residence. After the war ended, in 1946, Aicher joined the Academy of Fine Arts in Munich to study sculpture, and the next year he launched his own studio in Ulm.

He married the eldest Scholl sister, Inge Scholl, and co-founded the Ulm School of Design, which became a successful art institute till its closure in 1968.

What if… a person so close to the Nazi victims was about to create a better version of Germany – through the means of design? 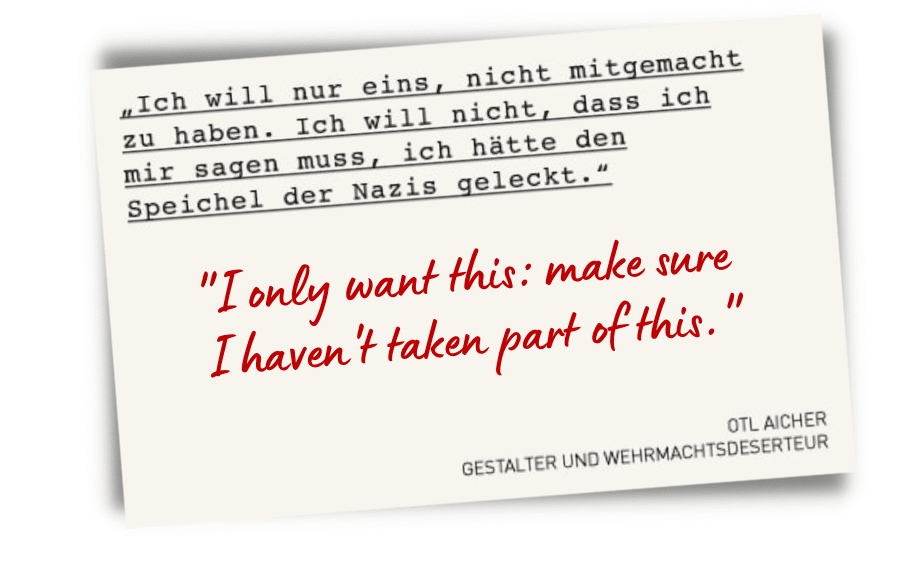 This is chapter 1 of 6 of our Design Trendwatch special about Otl Aicher and his iconic brand design for the 1972 Olympic Games in Munich – check out the other parts here: 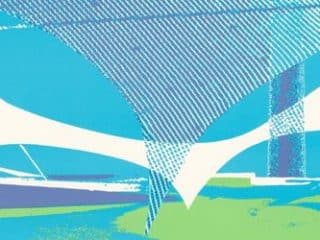 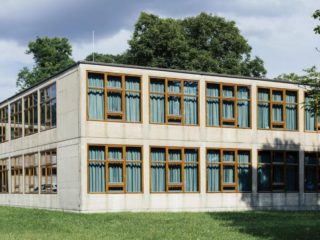