One of the things I highly appreciate about working for some fraction of my time out of a coworking space such as the IdeaKitchen are the diverse people you get to meet. One of my colleagues there, Alpay [LINK], does a job that a lot of guys would consider a dream job:

Now, you might think that this kind of job has got a lot to do with hanging out in football stadiums and meeting managers in quiet corners engaging in discrete conversation. Though this might be true, you can very well find Alpay

in front of a massive screen – with the attitude of a broker.

And that impression is not misleading you because, in moments like this, he does the same:

He’s analysing stocks, or rather: football players AS IF they were stocks.

In order to do that, he uses a fantastic business intelligence tool – InstaStat. When Alpay showed InstaStat to me, I immediately fell in love because of

the sheer beauty of clarity it delivers.

Within each players’ profile, you would be able to see

What if you find out that this stocks’ prices have already ‘run away’?

You proceed by checking out which players would deliver a similar profile – or you could search for players in general that have recently performed exceptionally well in the needed discipline, i.e. ‘Pressing’.

The analysis delivering the data is performed via computational detection.

How would you get such a mass of data only from videos? Indeed, the whole data is created by computational detection – such easily filling massive databases.

Interestingly enough – even though this tool is a real value add to Alpay’s work – it’s still not sufficient to enable decisions in itself. When asked what his brain does with all that info, Alpay told me that

He’s convinced that only ‘live’ you get a grasp of his attitude and potential.

Also… (don’t tell anyone) a pretty old school check is done: One would always invite the player out for dinner to check out whether he’s able to behave like a normal human being…. IF all these criteria fit, THEN only, this might be a match.

Have you ever heard about the concept of ‘perfect markets’ and the idea that the stock market is closest to it?

The reason is that the stock market connects offers and needs, buyers and sellers nearly real-time and also in a remarkably transparent way. Well, through InstaStat, the same effect is happening now for the football player’s market.

What is great for players, is that – btw a bit similar to the Canal du Midi example – even players in smaller leagues/regions will get the opportunity to be seen.

“Be super-present every minute – whether you’re in the training or in a match. You never know who’s going to watch – it might be via video weeks or even months later.”

Like this, a lot more talent gets to be seen and through the gateway of great statistics may play its way up.

It’s such a great business model as it adds quality to the decision making and professionalises a territory that used to be a lot of intuition and experience – only. Now, you will still get to use intuition and experience – but may enhance it through that side check or enrich it by being able to add much more inspiration and data to your personal ‘database’ (i.e. your brain).

In what ways could you enrich your work through enhanced data – and give yourself a little advantage vs the rest of the pack?

Which tools could inspire the next level of your profession? 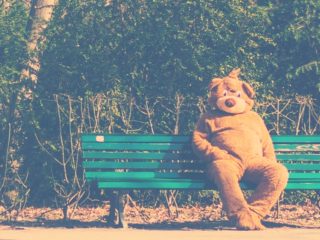 Previous Post (p) Digital tools: How they could put your brand touchpoints at risk 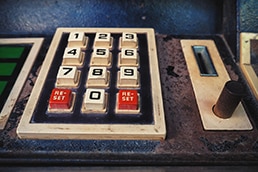