Meditation has landed in exec rooms and especially amidst the entrepreneurs’ crowd – always in search for ways to tweak one’s performance. As I had caught the Yoga and meditation bug already about 15 years ago, I might not be ‘advanced’ in the sense that I am the all-through-and-through-ever-calm-meditation guru. My meditation practice is advanced much rather in the sense that through the course of the years I’ve tried and experimented with different ways and times to do it.
Just lately I hit on one aspect that’s often not told:

Sometimes meditation is the least helpful thing you could do.

Like any tool, meditation has its time and place, and I’ve found that meditation is not as helpful as it should be when your brain just KNOWS you’re workwise in complete overload and/or have to do things that get you out of your comfort zone. At the same time

Getting out of your comfort zone is THE standard for any entrepreneur – during some stretches even on a daily or hourly basis.

It’s simply part of the game.

So, some weeks ago early in the morning, I was sitting on the balcony trying to calm my mind –

and all that happened was that I was becoming more and more irritable.

The ‘bold’ things I had planned to do for this day started to pile up as massive mountains before me.
The underlying fear that had existed to some degree already before seemed to find new ways to grow.

Now at first, I tried to beat myself up for not even being disciplined enough to meditate –

because OMG, at least these 10 minutes should be feasible, right?

Searching deeper as to why it felt so off (in a way also a meditation technique) it dawned on me:

The situation on a critical morning like that is every bit the same as if I’d be standing a the top of a steep ski piste.

Maybe you are not so much into skiing, then go ahead and replace that situation with anything else that might feel risky – and imagine that very moment before you get started. It might be shortly before an exam or the moment before you jump from the plane to go for a skydive…

Even if I imagine this now, I can feel the rousing fear inside of me – and also, though I am learning to cope better with acting while feeling fear it’s still easier to deal with if there is less of it. 😉

So, what I do instead to get me started down that scary piste:

The only thing I definitely would never do is stay put on the top of the piste.

It would drive me nuts. My brain would blow up the piste and its challenge to unfeasible amounts, I – or rather my muscles – would get stiff, this stiffness wouldn’t help for a flexible stand… you get the idea.
Author Grant Gardone names this technique

“Take time out of the equation.”

Just don’t give yourself the time to overthink.
Don’t give that fear too much space to grow.

Don’t give that fear a chance even to put its foot forward onto your doorstep.

‘ Grant overdoes it a bit calling for 20 sales calls in 30 minutes, but of course, we are free to adjust that to our needs. The draft for this article, for example, is written with the strict rule of not being allowed to take more than 30 minutes – and this gets my brain moving.

Whenever things get difficult, focus on your breath. Get started rather than stuck.

BTW: Pro golfers would recommend this technique for high performance under high pressure. Focussing on your breath during action keeps you connected with yourself, and it ensures THAT you’re breathing and stay flexible and aware.

Which technique has helped you to take bold actions?

Leave your helpful comments below – I and other reads are looking forward to it. 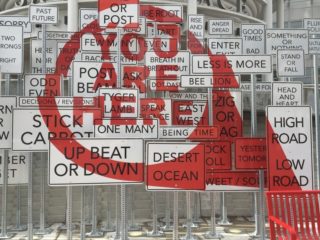 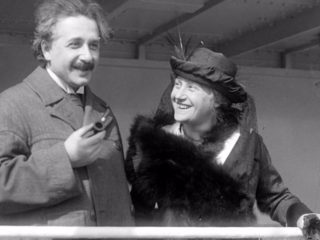